Nioh is an Action RPG game that was developed by Team Ninja who made the Ninja Gaiden games and it was originally released in February 2017. It is available this month on PS NOW. Prepare to die a lot in this game as its very similar to the Souls games. I enjoy those games actually more and more now as I used to hate them but as I’ve gotten a little more patient, I’ve come to really enjoy them.

I think they’re some of the most well-designed games ever. The combat is amazing and it feels better designed, tighter and more responsive than Dark Souls 2 which already had a good combat system. You also have so many build options which is pretty cool. There’s an overworld map and you get to select missions one by one. There’s a bunch of sub missions and the new game plus mode adds a ton of content to Nioh.

There are certainly times I get frustrated with Nioh but overall, the combat is satisfying and the game is really solid. The story’s quite good while kind of basic as it’s got a really cool spin on Japanese history. Every character in Nioh is a real historical character and it takes place during the end of the Sengoku Era period in Japan. In typical Dark Souls style, it’s difficult, it’s very difficult but it’s very fair.

In Nioh if you grind and you learn from your mistakes, you’re going to have an easier time getting through this game. The game play is very good and the art is excellent. It’s got that grim dark style but they do a really good job of representing Japanese Yokai which are like the mythological demons in Japanese mythology and they do it in a gorgeous way.

To be honest the music is probably one of the few things that I wouldn’t say is weak about Nioh but when I’m playing the game, I don’t notice the music as much because the combat is usually so intense. There is good music and it’s kind of this cool Japanese style music in certain areas but I couldn’t name a song or hum a tune from the game because I’m so involved in what I’m doing that the music’s is probably the last thing I’m thinking about.

It does do well with musical cues though for example when you come into danger, it definitely switches the music style and you know when you are about to face a boss battle as the music changes into boss music. The sound design is also pretty good. There’s Kodama which are these little green creatures hidden throughout the entire level and you can always tell when one is around because you can hear them bouncing around.

Also if you pay attention you can hear certain monsters. There was a wall that was actually a monster and you can hear some of them if you’re paying attention. There are good sound cues in Nioh for sure so I think they did a good job with that. I couldn’t tell you how many hours I played and technically I’m still playing because there’s a big end game so once you beat the main story, there’s also 2 full story expansions as well as 5 layers of new game+.

So, you can keep playing Nioh for a very long time and you can put hundreds of hours into this game if you want too. I would say that a really skilled Souls like player is going to spend probably about 40 to 50 hours beating the main story. But an average player like myself is going to take a little bit longer and it took me awhile but I enjoyed every minute of it.

Nioh 2 was also released last year and there is a Nioh collection that was remastered that bundles both games for PS5. I had a great time playing this game and will probably do another playthrough as it was that good. Any fans of the Souls games or RPG’s in general should definitely try out Nioh on PS NOW.

Nioh has been permanently added to the PS NOW service.

A “second version” to Bloodstained: Ritual of the Night is apparently in development

Ultimate Guide to Xbox Studios, Even the New Ones

The Legend of Zelda: Breath of the Wild – Wii U 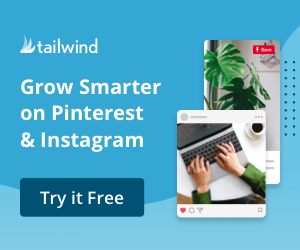